As you might have noticed by now, his last name is also Butt.

Butt, who is now just six receptions away from setting Michigan’s all-time single-season tight end receptions record, has endured countless jokes about his last name. But the young football star has shown us his sense of humor when he tweeted: “Yes I’m a tight end. Yes my last name is butt. Hhahaha”

He’s even contemplated changing his twitter handle to “Big Butt”:

His family is in on the joke as well:

Small percentage of the butt family you'll see at the game today ? pic.twitter.com/ywRtXBu2yC

Here he is training earlier this year:

A little work from today.. pic.twitter.com/jOmzgujgmg

He also loves his young fans: 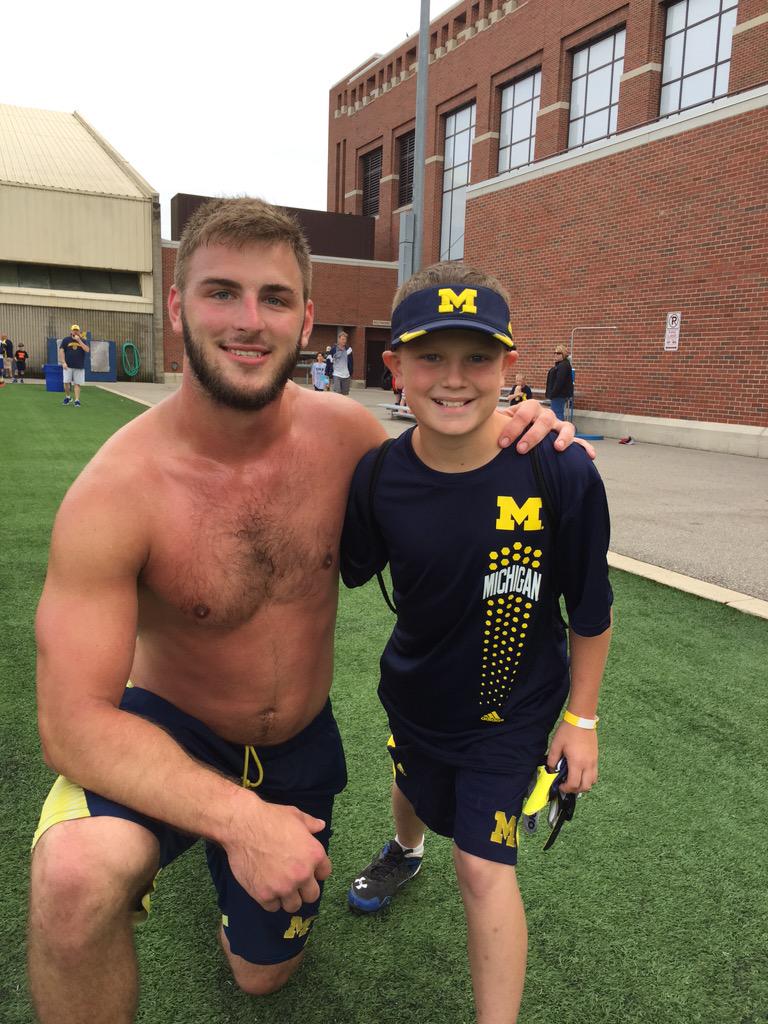 RECOMMENDED | Did You Make Santa’s Naughty List? Here Are The 12 Best Toys To Buy Mr. Naughty This Xmas [NSFW]