Check out the incredible four-story mural of two young men embracing that went up overnight in the heart of Dublin, Ireland.

The beautiful mural, created by Irish street artist Joe Caslin, was meant to be a “poignant representation of same-sex love in the city” weeks before the Irish marriage referendum on May 22. 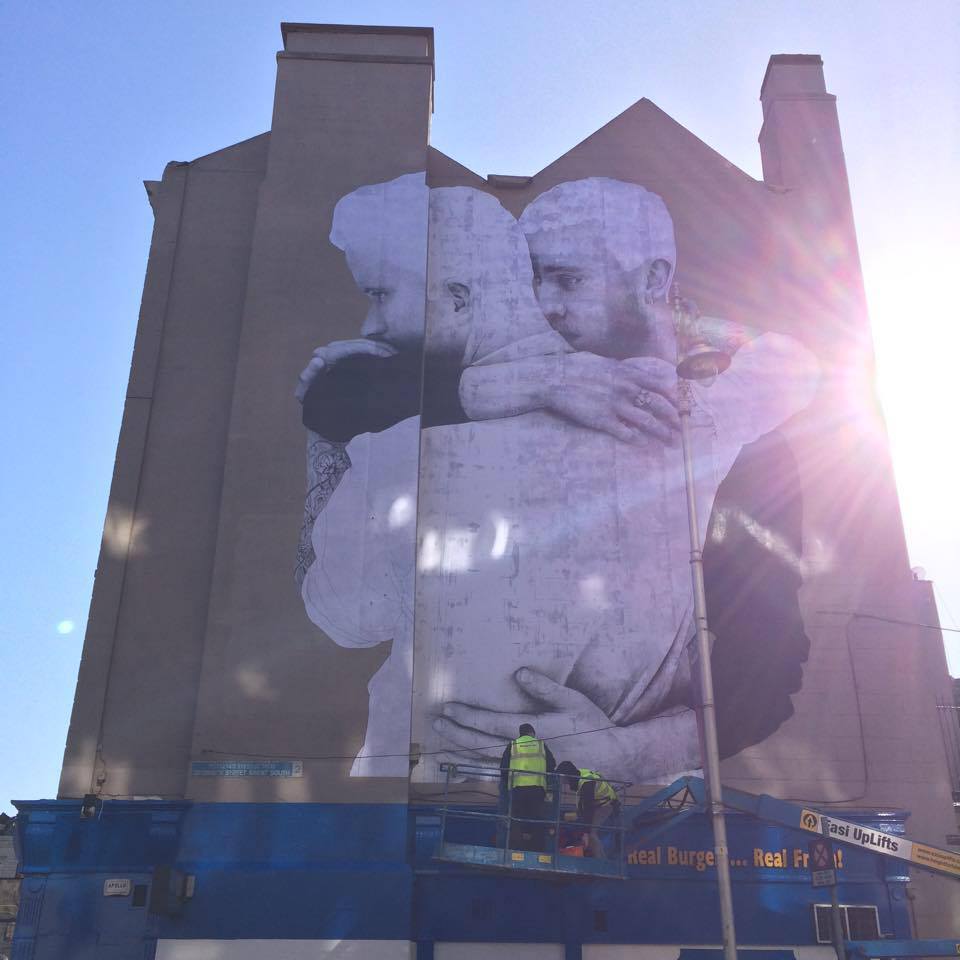 It was installed overnight despite strong winds and rain, on the side of the Mercantile building at the junction of South Great George’s St and Dame St, reports TheJournal.

New mural just appeared on the side of the Mercantile – pretty awesome! #MarRef pic.twitter.com/NhzKU7wDCH