Last year, we introduced you to a bisexual man who answered all of your burning questions about being born with two functioning penises [read more here].

Then we introduced you to a young man born with three balls!

Today, we are proud to introduce you to a 21-year-old who just answered dozens of questions about his giant 12-inch penis! Here is proof he shared of his massive endowment [NSFW Link 1] and [NSFW Link 2]. He claims to be 8 inches soft and 12 inches hard!

Mr. Footlong explains the reason for his AMA (Ask Me Anything) on reddit: “I’m 21, a few people told me I should do an AMA because they think people would be interested. I am from the US and I’m relatively a normal person. I’ve had on and off stints with cam modeling for cash but nothing too serious. Ask me anything.”

Here are some of our favorite questions answered by Mr. Footlong:

Ever tried to suck you own dick?

Mr. Footlong: Yes, interesting but not my cup of tea.

so your saying you can???

Mr. Footlong: Yes. But its not as great as it seems!

Alright. But how big is it soft?

Mr. Footlong: I have enough sex and save it for that!

Mr. Footlong: Yes and yes they survived. Not often though, not often.

So does the zipper on jeans just get in the way or is peeing more of a “release the kraken”-type scenario where no zipper can hold it back?

Mr. Footlong: haha I dont really use the zipper because i hang below the zipper ending so opening it would just expose the middle of my shaft. 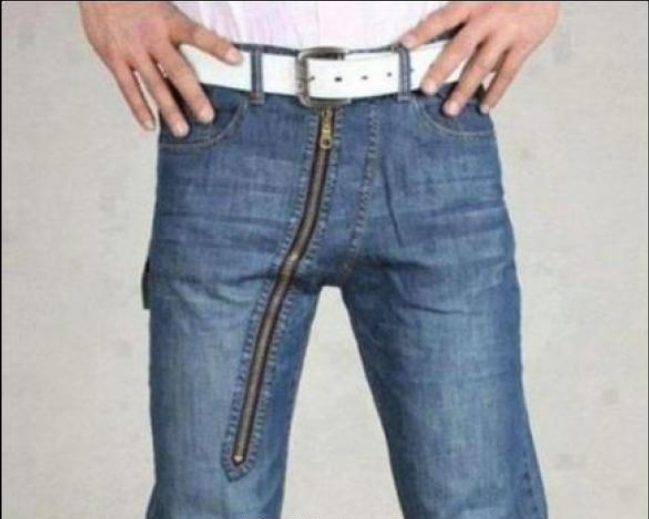 Do you feel like being at the far end of the penis bell curve has opened or closed more doors for you as far as access to sexual partners is concerned?

Mr. Footlong: Good question – I would say opened, mostly because I go to college, word spreads as it will and whatnot.
I would say there have only been maybe like 5 girls total who have crossed their legs and says “noooope” (insert Lana voice).

When you go to the Doctor and pull down your pants are they like “Ok lets just look under the HooGOOD GOD?!?!?”

how in the hell do you find condoms that fit?

Do your parents know?

Mr. Footlong: Nope, I don’t think that they do. Dont plan on telling them either..

Does your penis have a nickname?

How “long” did it take for you to realize this isn’t normal? How old were you?

How do you deal with an erection when you wear shorts?

Mr. Footlong: Its pretty bad so I try to avoid wearing shorts.

Firstly, congrats and fuck you. Secondly, I’m almost afraid to ask, but has anyone ever accidentally bent that thing riding you?

Mr. Footlong: hahah so surprised your the first person who asked that, and its a danger but I take measures to prevent that like usually keeping a hand on the bottom of the shaft – it also protects the girl.

When you are in public do you find women staring at your bulge? Do they ever approach you after?

Mr. Footlong: This happens all day every day in public. I think that women talk a lot about guys that look at their boobs, its the same for women, just as nosey. hahah. I don’t mind it much but like some women say “my eyes are up here” its kinda funny.
In terms of approach, not many women are brave enough to do something like that, but I sometimes will do it for them if they seem interested. I have had a dozen or so times like that where they have approached.