Multiple videos have been uploaded to YouTube showing the turboprop ATR-72 rolling to the left as it rapidly descended over a road.


Apple Daily said the plane carried 58 — five crew and 53 passengers — but TransAsia spokesperson Frankie Fang was unable to confirm the number of people on board. Taiwan’s Aviation Safety Council confirmed that there had been a plane crash at around 10:45 AM local time. The authority said that two people had died in the crash, but local media reports that figure is higher — Taiwan’s state media has claimed that eight people were killed in the crash, and China’s Xinhua News says nine. 27 people have also reportedly been rushed to hospital after being rescued from the plane’s fuselage 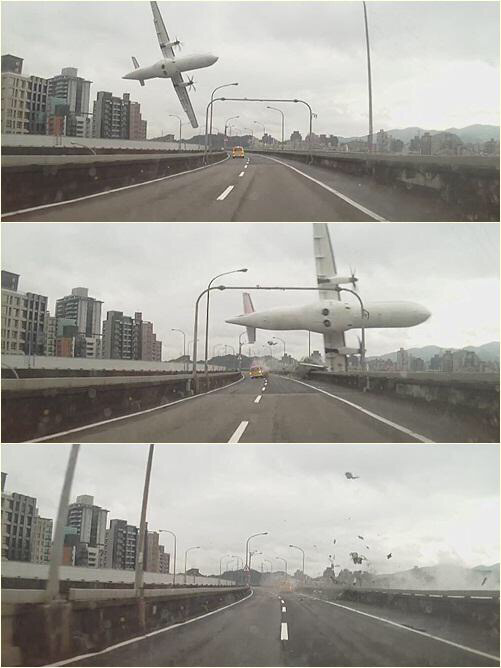 Footage of the plane crash appears to show the plane’s wing appears striking a car traveling along the raised expressway. Photos provided by Taiwan’s TVBS appear to show a taxi cab on the same stretch of road with extensive damage that could have been caused by collision with the plane’s wing. 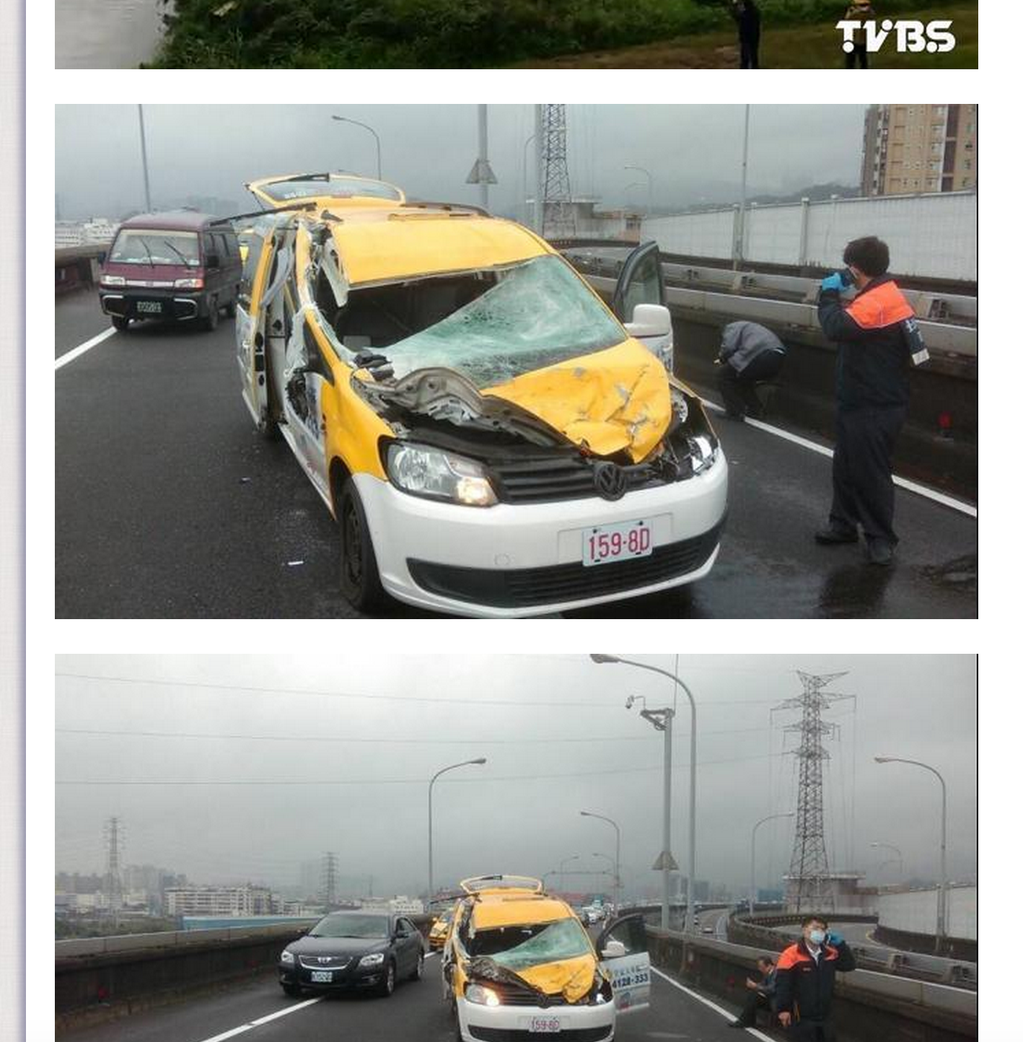 A second video shows the crash from another angle: