Snoop Dogg is under fire today after posting an anti-gay rant on Instagram and Twitter, telling a “bitch boy” instagram user to “go suck ya man n get off my line f. A. G.” 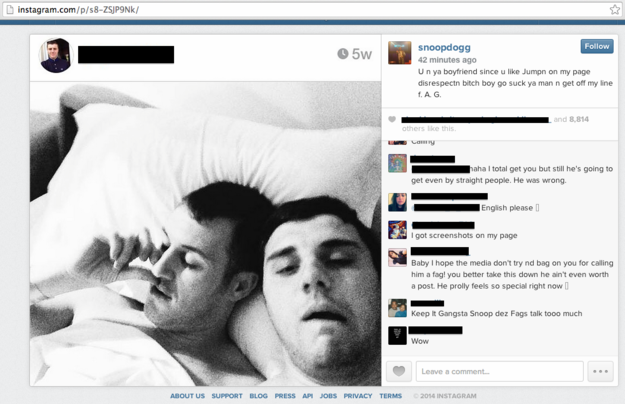 Here is a close-up of the anti-gay rant below, “U n ya boyfriend since u like Jumpn on my page disrespectn bitch boy go suck ya man n get off my line f. A. G.”: The post was deleted from Instagram shortly after 1 a.m. Monday, about 40 minutes after it was posted. A tweet containing the same message was also deleted around the same time.

Snoop Dogg has not issued a response as of Monday afternoon.

T-Pain Stands Up To Homophobic Straight Dudes on Twitter