A shocking video captured the moment a God-fearing Georgia family confronted their gay son and verbally and physically attacked him for being a “disgrace” and a “queer.”

The video which made the front page of Reddit, was shot during the altercation between 20-year-old Daniel, his step-mother Susan, father, and his grandmother. 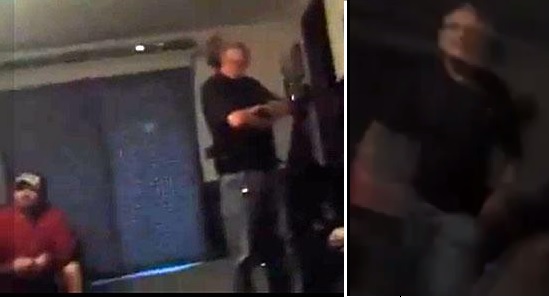 “You can deny it all you want to, but I believe in the word of god and god creates nobody that way. It’s a path that you have chosen to choose,” said Daniel’s mom during the confrontation.

His mother then tells Daniel that his family will no longer support his “habit” and he will need to leave immediately:


Since you have chosen that path, we will not support you any longer. You will need to move out and find wherever you can to live and do what you want to because I will not let people believe that I condone what you do.

Near the end of the video, Daniel’s father joins the confrontation and calls his son a “disgrace” before beating him and yelling, “You’re a damn queer!”

Daniel’s boyfriend David, who posted the video to reddit, shared the following message:


Bros, my boyfriend got kicked out of his home and disowned yesterday. It’s been a really traumatic experience for him, and I feel so terrible and angry that this happened.

Fortunately, he’s living with a friend for now. Seems like he can be there long-term until he’s able to support himself.

I’m so sad that so many people have to go something like this. For any of you that have, what’s the best way I can support him?


What a day…. i thought that waking up at 9:48 and being 15 mins late to work was going to be the biggest problem today. but i didn’t know that my biggest problem was going to be getting disowned and kicked out of my home of almost twenty years. to add insult to injury my step mother punched me in the face repeatedly with my grandmother cheering her along. i am still in complete shock and disbelief. the video i posted a few hours ago will give you a small bit of what i went through. i am sure y’all can guess who is who. Thanks to Teri, Regina and my boyfriend david for coming to rescue me. and thanks to everyone else who is sending their support!


Thanks for all the kind words everyone! Its much needed. I managed to get an hour or two of sleep. I am staying with my Aunt Teri for now. This will probably be where I stay for a while…Physically i am okay my step mother did a number on my face and lip but its not worth me worrying about.

The following video may be extremely disturbing to some viewers. Daniel writes: “This is what my family did to me tonight. listen to what my step mother Susan P—– said to me”:

The same reddit account which posted the video also had a photo album appearing to show Daniel and his boyfriend on a camping trip to Cumberland Island off the coast of Georgia. 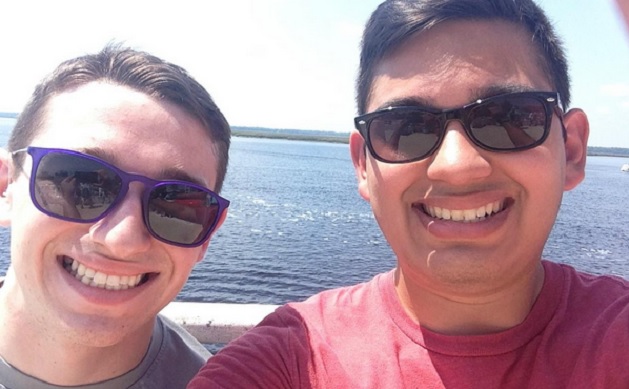 A gofundme page was also set up for Daniel and has already reached its goal.

Here are some outstanding examples of parents who accepted their gay children unconditionally when they came out of the closet:

• Watch a Brother Come Out to His Amazing Sister Live

• A Mother’s Journey to Excepting Her Gay Son