Seems like somebody forgot to invite us to the funeral of out and proud country singer Josey Greenwell, who you may remember dated former A-List New York cast member Rodiney Santiago. Greenwell, who landed the cover of DNA Magazine in 2011 and performed at several pride events in 2012, was miraculously reborn as ‘straight‘ country singer Nate Green a few months ago after his P.R. team scrubbed all of his ‘openly-gay’ social media profiles about six months ago. His new twitter account @NateGreenMusic already has over 31 thousand followers, mostly teenage girls according to his P.R. team. According to WEHO Confidential:


He seems to have sanitized and “straightens” up all of his followers and comments. He deletes or hides any gay comments about him or any comments revealing he is really Josey Greenwell and gay. We googled and found a few local or web live interviews that he has done as Nate Green along with a few obscure articles where he denies being gay or tries to be straight. We even signed up for his fan pages and tried to comment on his social media pages to ask him if he is Josey Greenwell and why is he denying being gay and becoming a different person? Our comments never appeared on his sites and several of our gay friends tried to do the same but it seems like all comments that are remotely gay or from gay fans are not allowed on his sites and he won’t allow you to be a fan or friend or follow. He only features straight women and girls and a few seemingly straight guys to comment on his sites or follow him or become his friend or fan online. 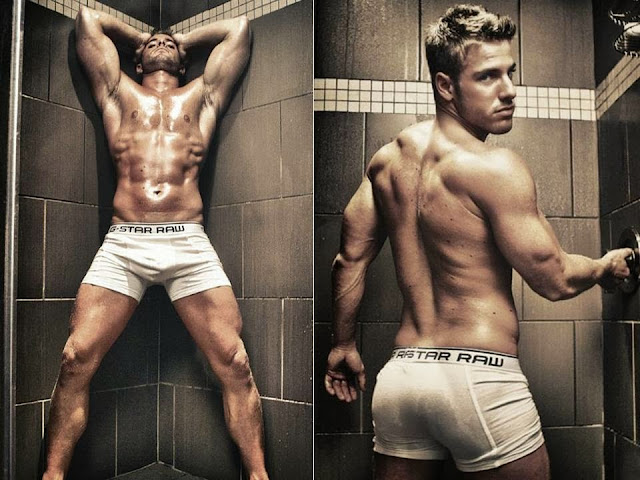 One fan actually got a message from Nate Green/Josey Greenwell stating that if he did not stop trying to post gay related comments on Nate Green’s sites he was going to use legal action against him.

Here is what Greenwell told DNA magazine in 2011 about being an out and proud country singer:


In moving to Nashville when I was 19, I was signed to a record label here.

After we had been recording for months, they found out I was gay and dropped me from the record label and debut album wasn’t released. I ended up finishing the project myself and spent all that year promoting it myself and trying to get any kind of help I could. They said, “Music isn’t ready for something as controversial as you and we sure as hell wont be the first label to have it.”

I don’t think that is true at all and actually think music is READY for someone like me to come along! Music can put someone on such a pedestal and it’s up to them whether or not they use that for the greater good and I definitely feel like I am not only strong enough, but now brave enough to be able to stand up for millions of people out there just like me and stand as a role model with my music. I have launched myself full force into the country/pop world and am definitely looking for any opportunity to share my story. It took me a long time to be ok with the fact that what happened with the label “wasn’t” ok to do.

Music should be about talent and not sexuality, but I’m proud of mine nonetheless.(Emphasis mine)

Openly gay singer Cody Belew, who appeared on Season 3 of The Voice, told Out & About Nashville: “I don’t understand how they’re going to rebrand Josey and actually hope to separate him from his past, but I do understand why they want to do it.”


Joseph Ignatius Greenwall Jr. seems to have abandoned the Josey who told DNA that “Music should be about talent and not sexuality, but I’m proud of mine nonetheless,” in favor of Nate Green, who isn’t on the cover of DNA but is extremely popular with females, ages 13 to 24. That tradeoff is a bit tragic. Or maybe Josey was just another victim of the fame industry and Belew’s insight can help us take a broader view of who’s to blame.

You may remember Greenwell’s cover of Britney’s “I Wanna Go” which he has since been deleted from YouTube:

Here is Josey, I mean Nate’s new music video for ‘Wild and Free’ where he totally gets to act the straight part for his country fans:

Out & About Nashville notes:


The sad irony of this situation is that this isn’t the first time Joseph Ignatius Greenwell Jr. has found himself at the center of an identity controversy. Remember that Dr. Phil episode featuring Greenwell? It was about a catfish who used Greenwell’s identity to lure unsuspecting women into a psychological relationship via the internet. That Greenwell/Green should choose to manipulate his own identity, betraying his former fans and misleading his new fans, for the advancement of his career is an ironic twist.

Here are some more videos of Josey he probably wants deleted from the internet:

(Make sure to check out Josey’s new Facebook page here.)