A 25-year-old Philadelphia man was murdered last week after driving to Chester, Pennsylvania to meet a man he had contacted through Grindr.

According to the Delaware County District Attorney’s Office, the body of Dino Dizdarević was discovered in a lot on the 900 block of Parker Street in Chester early on Thursday, May 1st. He had been strangled and, according to District Attorney Jack Whelan, he sustained “multiple blunt-force trauma injuries to the face.”

According to G Philly:


On Wednesday, April 30th, Dizdarević told his boyfriend, Nick McBee, with whom he was in an open relationship, he was driving to Chester to meet a man he’d met on the app. McBee began to fear the worst when the night wore on and he hadn’t heard anything from him. “He was a responsible person. He always called to let me know where he was,” he says. “I knew something was wrong.” 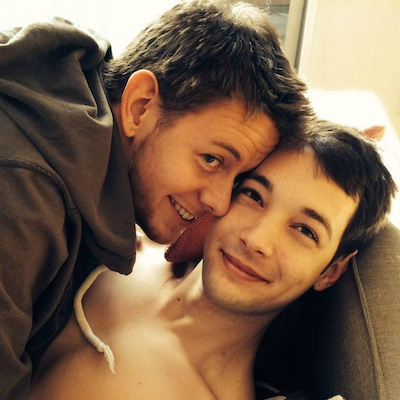 McBee filed a missing person’s report with the Philadelphia Police Department on Thursday morning, and was called to identify a body in Chester that matched the description. It was Dizdarević, though, according to sources close to the couple, he had been beaten so severely that he was only able to be identified from his clothing.

So far no arrests have been made in the case, and it is not being investigated as a hate crime. DA Whelan tells me, however, that “we heard through the grapevine he may have been part of the gay community. We don’t know if he was targeted because of that, but we’re looking at any avenue necessary.”

The pair had been together since December 2012. “I loved him so much,” McBee said. “We had so many big plans for the future.”

Before you meet up with an ‘Online Hookup’:

1. Tell a trusted friend or family member where you are going and what time you should be back.

2. Avoid meeting a complete stranger at their home or inviting them to yours. Instead, meet them in a public place like a coffee shop or mall. By meeting in a public place, you are ensuring that, should anything happen, there will be other people to witness the event and/or assist you if needed.

3. Arrange for your own transportation. Never let your hookup pick you up from or drop you off to a private location.

4. And always use protection.